Whitby jet scrying mirrors are intended as a bit of fun. It is possible to use Whitby jet as a mirror due to its mirror-like lustre. Mirrors, in particularly black mirrors have long played a part in magic and folklore. Scrying, also known by various names such as “seeing” or “peeping”, is the practice of looking into a suitable medium in the hope of detecting significant messages or visions. The objective might be personal guidance, prophecy, or inspiration, but down the ages, scrying in various forms also has been a prominent means of divination and fortune telling. A formerly widespread tradition held that young women gazing into a mirror in a darkened room (often on Halloween for maximum effect) could catch a glimpse of their future husband’s face in the mirror — or a skull if their fate was to die before they married!

The C17th alchemist John Dee, the court astronomer and advisor to Elizabeth I famously used a black mirror (which can be seen at the Science Museum) for divination. The mirror, made of obsidian (volcanic glass), was brought from Mexico to Europe between 1527 and 1530 after Hernando Cortés’s conquest of the region. Mirrors were used by Aztec priests to conjure visions and make prophesies.Dee worked with the medium and convicted criminal, Edward Kelley, to summon visions of angels into the mirror’s reflective surface. The two men held séances in England and on the Continent between 1583 and 1589.

Victorian mourning practices dictated that for periods of high mourning, Whitby Jet should be left unpolished, fearing that the dead, upon seeing their own reflection would be fascinated and fail to depart this world, their soul being trapped for eternity.

Whereas it would be difficult to prove that Whitby jet scrying mirrors have been used historically we do know that the Romans used jet for another form of divination known as “divination by axes”.

Disclaimer; The Ebor Jetworks Ltd takes no responsibility as to the accuracy of and visions, prophecies or messages received through our scrying mirrors! 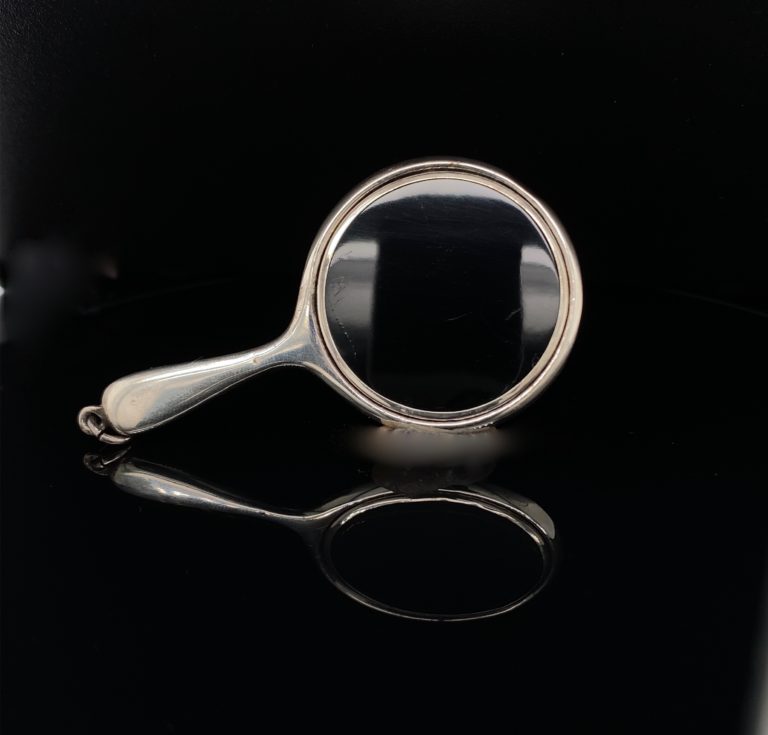 Scrying mirror “The Duchess of Devonshire” 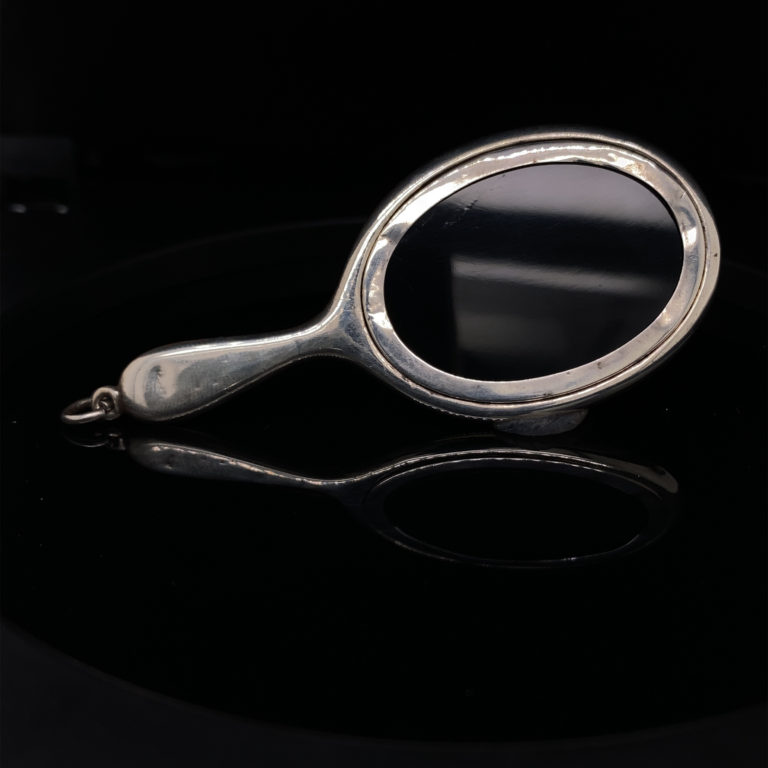